Why Do I Look Better in the Mirror 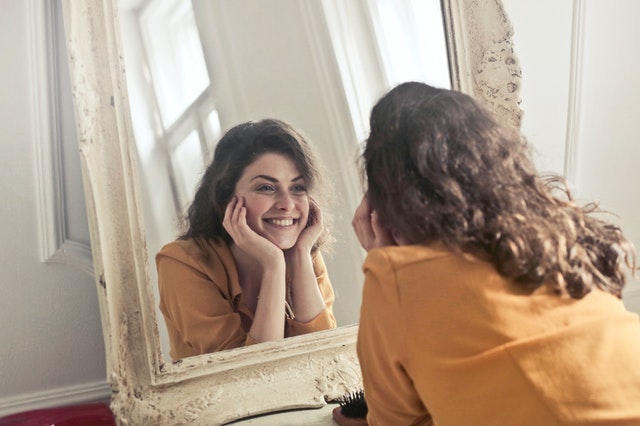 The biggest dread after a crazy night of partying isn’t regretting what you said, but rather how you’ll seem in your friends’ tagged images. Despite the fact that you left the house looking like a ten, those awkward group photos make you feel like a five, leaving you wondering, “Why do I seem different in pictures?”

It’s a strange phenomenon that has individuals questioning their own reflections, courtesy to selfies. Is it your mirror or the “genuine” you in photos? Have the mirrors been deceiving us all along?

The solution is a little more complicated. The good news is that the Quasimodo-like figure staring back at you in your photos isn’t likely to be an accurate representation of the real you. Your mirror, on the other hand, isn’t entirely accurate.

Here’s a scientific explanation behind those embarrassing tagged images of you:

Why Do You Look Better In The Mirror Than In Photographs?

We Anticipate a Mirror-Like Image

Smartphones did not exist while I was growing up. And the phones we had had a standard VGA camera that wasn’t even good in direct sunlight, and the selfie was something we hadn’t heard of. We used to always use a mirror to check ourselves out, which isn’t necessarily the case nowadays.

We notice that many girls who do their cosmetics utilise their smartphone’s front camera to do the task. You must recognise that people have grown accustomed to mirrors and expect the selfie to be of similar quality, which is a great way to let oneself down.

Let’s see how many times you utilise a mirror in a day. One time is when you take a shower in the morning. Then, if you go out, you’ll most likely gaze in the mirror. When you go to the bathroom, you catch a glimpse of yourself, and this can go on till tomorrow.

The (smartphone) camera’s key trick is that it displays us the mirror in reverse. Because our faces aren’t symmetrical, seeing yourself in reverse might be a bizarre sensation. In comparison to a mirror, photos will give you an entirely different view on your face.

We have complete and immediate control when we look in the mirror. If we don’t like the angle, we immediately adjust our face and posture, as well as our facial expression, to create a more pleasing appearance. When it comes to photos, we usually only see ourselves after the picture has been shot. Posing techniques can aid in this situation. It’s also beneficial to understand your strong and weak sides, as well as your ideal angles.

It’s all about the lighting.

Our brains are wired in such a manner that when we look in the mirror, we don’t notice lighting changes because our brains instantly even it out and offer us a display of our face that is similar to what we’re used to seeing. A camera, on the other hand, does not work this way; instead, it catches all of the tones and shadows objectively and plays an important part in photographing. “The light can either make it or break it!” as photographers say.

It’s All About the Lens and the Camera

Have you heard the popular anecdote about how a camera adds ten pounds to your weight? If that’s the case, we can notify you that it’s just partially correct. This incident comes from a time when we had antique televisions with curved displays.

Because of this curvature, numerous distorting effects occur, resulting in a slightly different view on your appearance; as a result, we perceive performers who are 10 pounds or more overweight. Regrettably, this trend can be seen in both photography and video.

The camera sensors may appear to absorb the image in the same way that the human eye does. You raise your smartphone, check that the sensor sees the same image as you, and then take a picture. The lens, on the other hand, is a critical component of the camera that radically alters its perspective.

Because lenses come in a variety of shapes and sizes, each one views the image differently. To adjust the viewpoint of the image, everything from simple point-and-shoot cameras to mirrorless or behemoth-like DSLR cameras uses various methods. You can look significantly different for each situation because we can utilise ultra-wide lenses, zoom lenses, or telephoto lenses.

You are under pressure from the surroundings.

When we’re at home or at least in a safe place, we usually look in the mirror. As for images, it’s usual that we look more uptight and tight. We make wide eyes and extend our lips into a phoney smile or duckface so we don’t blink. We put a lot of pressure on ourselves to appear a specific way because most photos end up on social media.