Why Do Asians Look Younger? 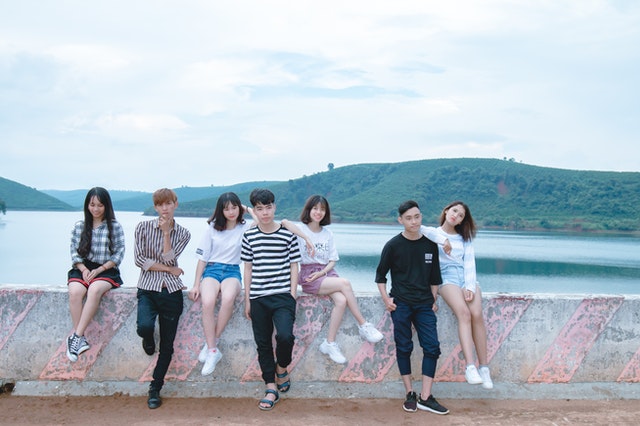 Asians are frequently described as appearing much younger than they are, and statistics show that Asian women have better health and live longer lives.

For example, more than 50,000 people in Japan are over the age of 100, and breast cancer is uncommon in China. It isn’t just the diet that has an impact.

Genetics and physical characteristics are the long-kept secret that makes Asian women appear younger than women of other races.

Why do Asians appear to be younger than whites?

The colour of human skin ranges from light to dark. The colour is determined by the amount and type of melanin pigmentation in the skin.

Eumelanin and pheomelanin are the two types of melanin. The amount and type of pigment on our skin, like many other physical characteristics, is determined by our genes.

The final product—our skin—is the result of all of our genes working together. According to thetech.org, scientists have discovered several genes that influence skin tone, one of which is melanocortin receptor 1. (MC1R).

The kit ligand gene (kitlg) and SLC24A5 are two other genes involved in determining human skin tone. East Asians have brighter skin than the rest of the Asian population, according to scientists. This is due to a variant of kitlg. SLC24A5 genes that don’t work the way they’re supposed to are also found in Northern Europeans with pale skin.

A sluggish MC1R gene is responsible for the skin tone of a small percentage of Northern Europeans. To summarise, the more eumelanin in your skin, the darker it will become. People with higher levels of pheomelanin have paler skin, which is often accompanied by freckles.

Although genetics play a significant role in skin tone, there are still external factors that can cause variations in skin colour in different races, one of which is sun exposure. Because of the UV radiation it contains, sunlight can be harmful.

UV rays can damage folic acid and cause DNA mutations in some skin cells. This mutation can sometimes lead to skin cancer. This is where having dark skin comes in handy.

There are numerous reasons why Asians appear to be younger:

Greek-born Australians who ate more fruits and vegetables and less coffee, milk, and mono-unsaturated fat developed fewer wrinkles than those who ate more cakes, pastries, milk, potatoes, and processed meats among Anglo-Celtic Australians who lived in sunny areas, according to Monash University in Melbourne. So it’s possible that the Asian diet keeps them looking young, while the Western diet causes them to look older.

Another factor contributing to Asians’ youthful appearance is their preference for pale skin. Some even go to great lengths to appear fair-skinned like Caucasians. On a sunny day in Asia, it’s not uncommon to see a large number of people wearing wide-brimmed hats or carrying umbrellas to protect themselves from the UV rays that dry the skin and cause wrinkles.

A large number of Asians are interested in anti-aging and skin-lightening products.

Plastic surgery is often the way to a young-looking face in Korea when it comes to using artificial means to maintain a youthful appearance. A consistent eternally-21 look is very popular in the Korean entertainment industry. Various K-pop artists attempt to appear more Western by undergoing surgical procedures to achieve smooth, unblemished faces, though this can sometimes result in them appearing disturbingly doll-like.

Asians are known for their diminutive stature. In fact, some adult Asians are so small that they can wear children’s clothes. Their small size can accentuate their youthful appearance in Western countries where Caucasians are generally taller.