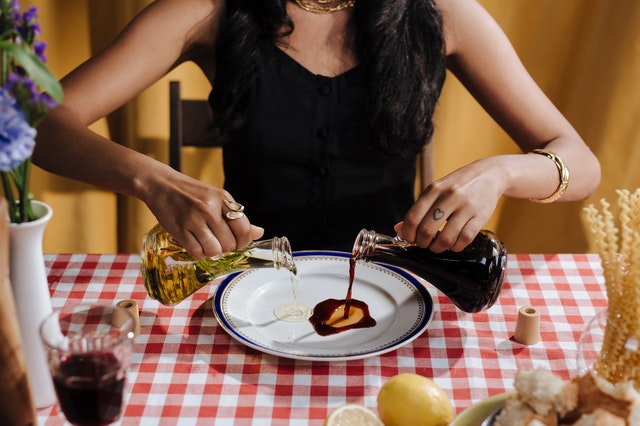 Apple cider vinegar is apple juice that has gone through two fermentation processes. Crushed apples are combined with yeast, sugar, or another carbohydrate in the first step. Natural bacteria and yeasts ferment the juice after a few weeks, converting the carbs to alcohol. The alcohol is then converted to acetic acid in a second fermentation phase, yielding apple cider vinegar.

Examine the potential health advantages of apple cider vinegar, as well as the facts behind its most popular health claims.

Vinegar’s acetic acid may inhibit enzymes that aid in the digestion of starch. After eating starchy meals like bread, pasta, and rice, your blood sugar levels may spike.

As a result, ingesting apple cider vinegar may result in a lower blood sugar surge following a starchy meal.

Taking vinegar before or with a meal, according to proponents, can help you feel full sooner and lose weight.

Over the course of a 12-week period, a small study published in 2018 followed the weight loss of two groups of adults. Both groups consumed fewer calories than before. A daily dose of 30 millilitres of apple cider vinegar was also given to one group.

Vinegar can help eliminate germs and other infections. Vinegar has long been used to clean and disinfect, as well as to treat nail fungus, lice, warts, and ear infections. More than 2,000 years ago, Hippocrates, the father of modern medicine, employed vinegar to treat wounds.

Vinegar can also be used to preserve food. It has been shown in studies to prevent bacteria such as E. coli from developing in and ruining food. Apple cider vinegar may be useful if you’re seeking for a natural approach to preserve your food.

It has the potential to improve skin health.

Alkaline soaps and cleansers, on the other hand, may irritate eczema and exacerbate symptoms. Apple cider vinegar’s antibacterial qualities could theoretically help prevent skin infections associated to eczema and other skin diseases. Diluted apple cider vinegar is sometimes used as a face cleanser or toner. It’s supposed to fight microorganisms and prevent stains.

Risks and Side Effects of Apple Cider Vinegar

Drinking a lot of apple cider vinegar can damage your teeth, hurt your throat, and upset your stomach due to its strong acidity. Also:

Despite some promising studies, there is still little evidence that consuming apple cider vinegar helps you lose weight.

It’s also possible that your potassium levels will go too low as a result. That vitamin is required for your muscles and nerves to function properly.

Another research of type 1 diabetic patients demonstrated that apple cider vinegar inhibits the passage of food and liquids from the stomach to the intestines. Slower digestion makes it more difficult to maintain blood sugar control.

Some drugs may become less effective as a result. These include diabetic and heart disease medications, as well as diuretics and laxatives (medicines that assist your body rid itself of water and salt).

Of course, its powerful flavour may not appeal to everyone.

In conclusion, apple cider vinegar is unlikely to harm you. It’s worth a shot because it’s calorie-free, adds a lot of flavour to food, and is good for you. However, it isn’t a cure-all.