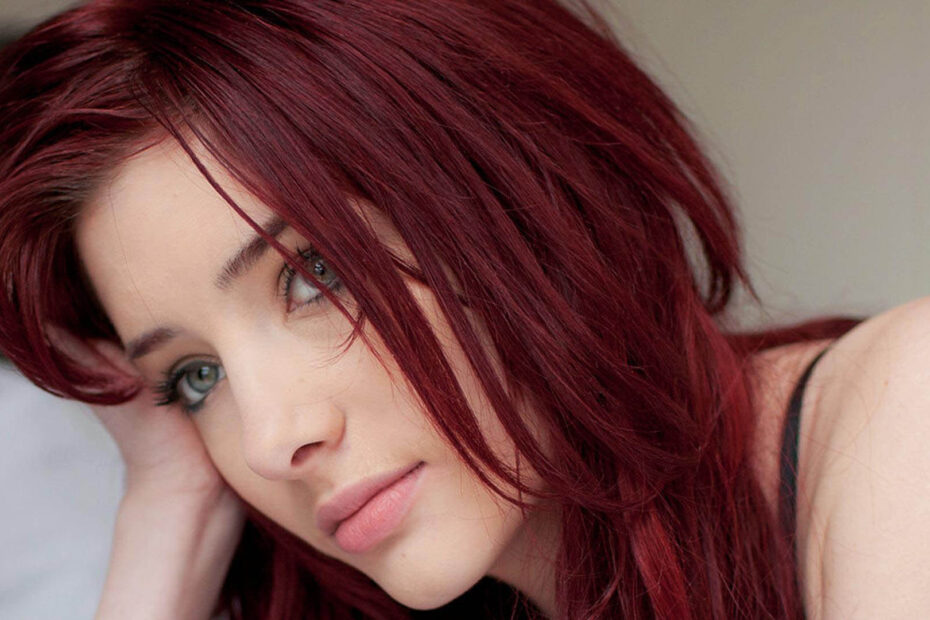 The colour red is really popular right now. While only a small fraction of people are born with the colour, we live in the twenty-first century, and we can change our hair colour every other week if we want to. With that in mind, this summer we’re visualising red for ourselves.

However, keep in mind that preserving red hair is no laughing matter: “Red is the largest colour molecule, thus it’s the most likely of all hues to fade out of your hair the fastest,” says celebrity hairstylist Sunnie Brook. To keep your red appearing fresh, she recommends undergoing a colour refresh every four to six weeks and using a low pH shampoo and conditioner, such as Biolage’s Color Last duo. Color-depositing masks, such as Garnier’s Nutrisse Color Revivers, can give you a boost of colour in only five minutes, saving you a trip to the salon.

Below are 9 of our favourite red hair colour options to help you plan your next salon visit. We’re tempted to taste them all, from Gigi Hadid’s deep cherry Cola to Meg Thee Stallion’s flaming crimson.

Zendaya’s red is the perfect natural dark red tone, according to celebrity hairstylist Guy Tang. “Ask your hairdresser for a cherry cola red tone or a red enhanced brunette that is a level four-six if you want to try a dark red,” he suggests. “Ask your stylist to combine dark red highlights if you’re a brunette and want a modest variation of this.”

Bella Thorne does vivid red hair like no one else. This is a powerful copper-red with ribbons for lowlights and copper-orange for highlights, according to Lorena M. Valdes, a colorist at Maxine Salon in Chicago, creating a multi-dimensional hue. “To recreate this look, request all-over colour with a balayage, followed by highlights and lowlights.”

Although Kendall Jenner’s red is technically a copper, Tang argues it still qualifies as a red. He warns, “This style of hue appears more natural in indoor lighting and brilliant in the sun.” If you like it, he suggests going for a natural muted copper with your hairstylist. “It’s important to emphasise that you want the colour to look natural,” he says.

This blazing balayage with dark under-layers is it, according to the creator of Hot Girl Summer.

With this bright colour, you can amp up the drama. Ask for a deep red brown with copper undertones, suggests celebrity hairstylist Nikki Lee. She comments, “This colour really brings out the warm tones in your complexion and looks wonderful in the sunlight.” Perfect for the summer!

We’re crazy about Sydney Sweeney’s luscious red, which she debuted earlier this year. “You’ll feel like this tone leans more toward the golden-blonde family in some light, and in other light, those warm coppery — not to be mistaken with brassy — tones will give you all the radiance that golden hour has to offer, regardless of the time of day,” Brook adds.

Celebrity colorist for Moroccanoil. Greg Gilmore likes the idea of a light blonde with a softly toned almost iridescent red/warm tone yet is deeply saturated at the root. “She can still be classified as a redhead, but she can also be a less committed red,” he explains. To get it, he recommends requesting a red root colour smudge with softly tones endings.

Summer is the ideal time to be daring and experiment with new colours. “Color-blocking or color-melting can be used to introduce such tones,” Gilmore explains. “Request colour blocking at the back with more red and lighter tones in the front.”

If you’re not ready to commit to an all-over red but want to play around with the colour, add a few dramatic red pops around your head, as Joico celebrity stylist Jared Henderson did for Doja Cat at the MTV Video Music Awards.

Read more: 5 Ways to Have Healthy Hair After Turning 40